I had purchased a Dora DVD that explains Three Kings Day, however I really don’t think Mila understands quite yet. We didn’t do the traditional things, like putting grass and water out for the camels, that I had done when I was a kid. We just kept the tree up and held three presents aside for Mila to open.

And of course, Mila had a blast opening more presents. 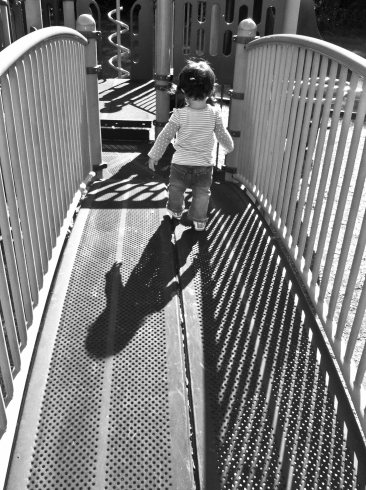 Having a child is the greatest enjoyment because you can again be a child yourself: laughing, running around, rolling down hills, picking wild flowers, playing in the rain, jumping in mud puddles, playing at the park, swinging high on swings, zipping down slides…

You live vicariously thorough your baby.

Some things take some practice…

…and the benefits are well worth it.

By this point there’s no surprise that my daughter likes fruit. Mila took a bite out of a nectarine before I could get it from her at the supermarket, she munched on apples, pears and peaches when we went picking, she went silly for strawberries and now she’s bananas for bananas.

She loves walking around with a peeled banana and her cheeks puffed out with a mouth full. Try to take her banana away and she screams. She loves them so much, she starts to eat the peel if you can’t get to her soon enough. 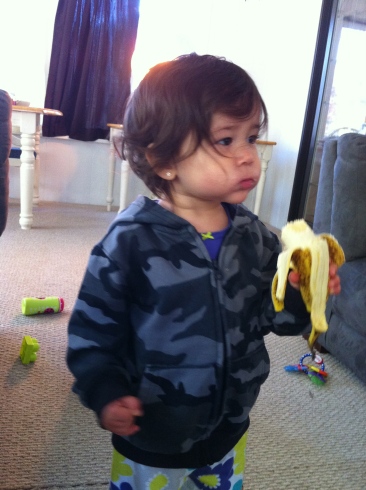 But what you may not know is that Mila also likes lemons. Yup, lemons. She’ll make faces, but she’ll keep going back for more. If Mila sees you have a lemon in your drink, she’ll point and ask for it, “peeeass”.

Mila likes, no LOVES, strawberries. In August, we had a family get together for several birthdays and Mila went nuts when I brought out my cake topped with strawberries.

And after she got it, she gobbled it up and asked for more. 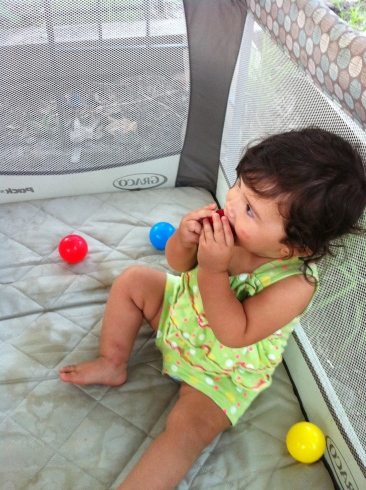 Update! It’s difficult catching the things Mila does on camera or video, and quite often as soon as I turn the camera on, she stops whatever it is she is doing. It took a while, but I caught this on camera. She did this so often that I think she became frustrated or had enough of being our monkey. 🙂

Dan comes in playing Baby’s Got Back, (warning: this is rated PG13). Mila, in a crawling position, immediately starts to shake her butt and “dance”. This is what I was able to catch on video. I love her ending.

Nothing compares to coming home to someone that’s so completely excited to see you. A smiling, bouncy (or crawling-to-you) baby is an absolute joy! And it washes away all the stress and aggravation of a day at work.

I’ve been slacking in my blogging world lately, if you couldn’t tell. I have been thinking a lot about what I want to write next, document and share. I’ve even been writing brief notes in my trusty little note-keeper on my iPhone. Today, however, is different. I just had to share some fun pictures and video of Mila and Me playing. 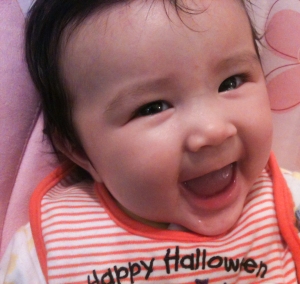 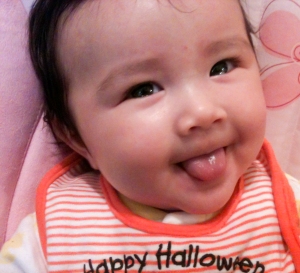 "Show me your tongue" 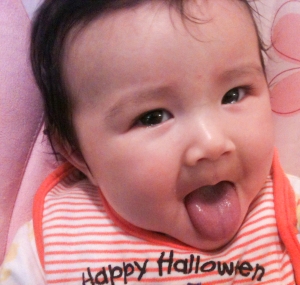 Not sure how going back to work next week is going to be. I just love being home with Mila. And who wouldn’t? 🙂

August 19, 2011: You will start referring to yourself in the third person; you’re mama’s pretty girl.